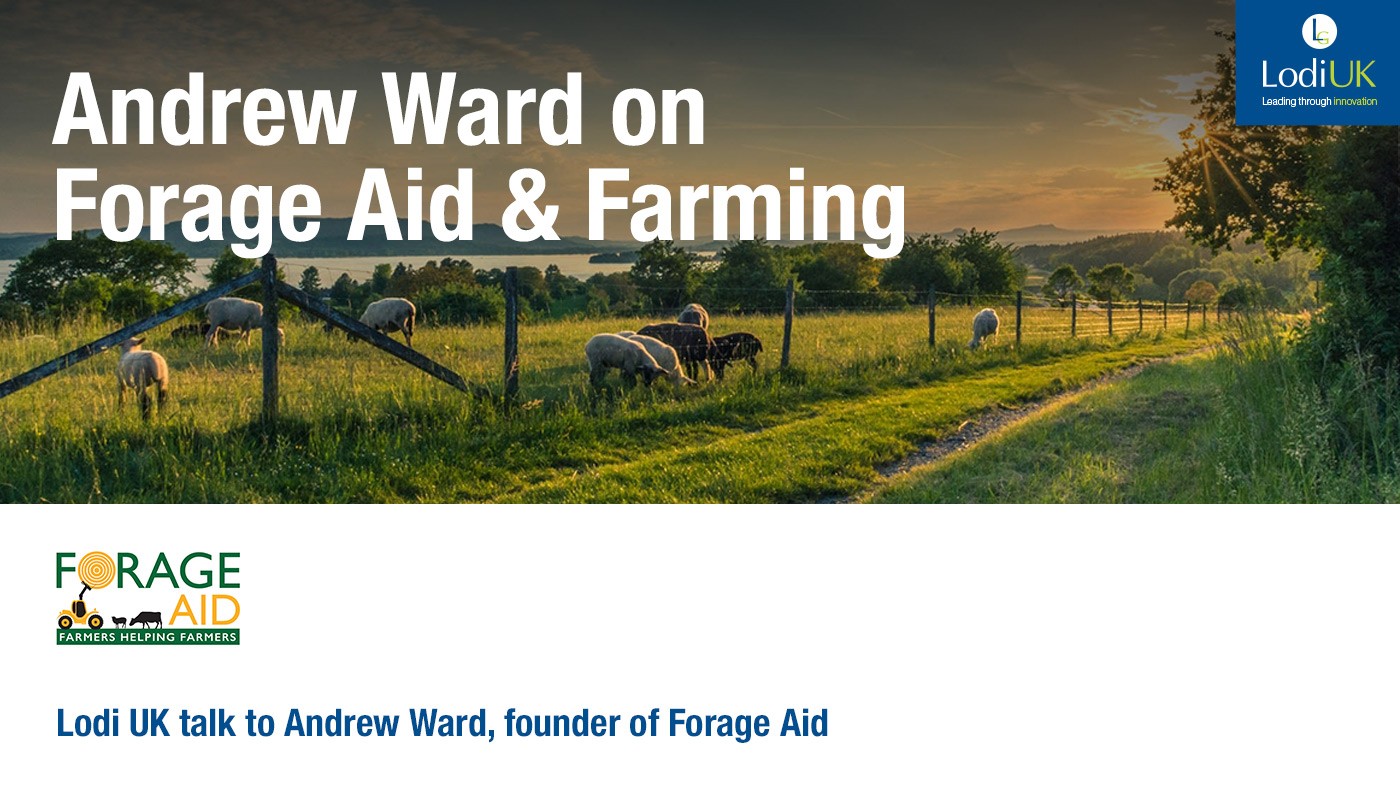 You might remember the widespread, heavy snowfall back in March 2013 which hit farms in Wales, Cumbria and North Yorkshire.  There were reports of 3 feet of snow falling in under 24 hours and snowdrifts of up to 20 feet. The thousands of lost or injured livestock placed an incredible mental and financial burden on the farmers affected, and the poor weather of 2012 meant that there was already a strain on farmers caused by the high demand and limited supply of feed.

Arable farmer Andrew Ward heard the reports of a crisis and decided to try and help them as much as possible. He donated the very first load of haylage. After hearing this, Farmers Weekly and local radio stations got on board and publicised it, leading to more mainstream reporting. The extensive, mainstream media coverage meant that his call for help was spread far and wide. By the end of July, 73 loads of hay, haylage, silage and straw had been delivered to 57 farms for free – with an estimated value of £155,000!

Heavy flooding in Somerset in early 2014 caused another emergency which led to 1,000 cattle, 2,000 sheep, 150 horses & the residents of 100 homes being evacuated. This situation lasted three months and solidified the need for a more formal charity to co-ordinate relief for farmers in tough times. Effected farmers, farming organisations and concerned members of the rural community came together to form an action group. Thanks to their efforts, 200 loads with an estimated value of £350,000 were delivered to around 20 farmers – and Forage Aid began!

Kate caught up with Andrew to find out more about Forage Aid and how farmers can get involved.

Kate: Forage Aid was founded 8 years ago. Roughly how many farmers have Forage Aid helped in that time?

Andrew: I can tell you exactly. I have the figures in front of me. During our first ‘event’ in 2013, we helped 57 farmers across Wales and Cumbria during the incredible snowfall. During the 2014 flooding in Somerset, we provided resources to 21 farms. These farms were much larger than the smaller hill farms in Wales and northern England. In 2016, we aided 28 farmers in Cumbria and Forage Aid delivered bedding and forage to 12 farms in Matlock, Reeth and Doncaster in 2019/20.

In total, we have given aid to 137 farms across England and Wales. We have moved 423 lorry loads with a mixture of silage, straw, hay and haylage with a total estimated value of £820,000. 99% of which has been donated by the farming community.

Two of the biggest problems we face are during times like these when the whole country is short of forage and straw or when the emergencies that we are dealing with are not on the news. News coverage helps to focus attention on the issue and draw donations.

Some of the problems that we encounter are financial. Banks won’t lend any more money and when harvests are poor or adverse weather happens, the two go hand in hand to create an acute crisis as some of those affected cannot afford more feed. Forage Aid works closely with the other Farming Help charities to assist those in need.

Kate: We’ve just had two of the wettest winters on record and an exceptionally wet summer which is probably evidence of climate change. Are you expecting more calls in the future as the weather becomes more unpredictable?

Andrew: We are definitely expecting more calls. As much as floods and snow cause issues, the dry weather can also cause catastrophes as there will not be enough crop for livestock. Last year, the winter wheat could not be drilled promptly due to the wet autumn and the continuing rain pushed back the sowing of spring crops. Due to this, straw supplies have been tight with sky high prices. It has been trading at £150/tonne which is twice the price of last year. We had hoped for an early spring but unfortunately, this hasn’t happened. Cattle were turned out, but the dry, cold conditions meant that the grass has not grown and farmers are having to supplementary feed in the field. This may well have a knock-on effect on the availability of feed next year, especially if we have another wet year.

Kate: What is one of your most recent success stories?

Andrew: In July 2019, the countryside around the village of Reeth in the Yorkshire Dales flooded and farmers found their yards & fields under water and strewn with boulders and soil from the surrounding hills. Because of the historical mining in the area, the water that came onto their farms was contaminated by lead and zinc which seeped into the bales kept on the yard and made them unusable. The floodwater was also mixed with the contents of people’s central heating tanks! In addition to providing replacement straw and silage as needed, we were able to source additional grazing well away from the floods.

As well as the pressing issue of feeding and housing their livestock, they were also concerned about the cost of disposing of the soiled bales. Originally, they would have needed a waste management licence which can cost hundreds of pounds. We found a local anaerobic digestion (AD) plant which would take the bales for free. I contacted Michael Bailey of Bailey Trailers, who is one of my best friends, who lent two trailers. JCB also loaned two Fastrac tractors and two telehandlers to help move the 400-500 effected bales.

Although we primarily provide forage and straw, we try to offer anything that would be useful. We have a great set of trustees who are either farmers or work in the industry, so we do understand the issues farmers are facing. James Winslade who was one of the farmers caught up in the flooding in Somerset in 2014 is on the board. We also have ex-NFU President Meurig Raymond on the board. We have a broad knowledge base to help with a wide variety of problems.

Kate: I’m sure you must have so many similar stories, but which story has touched you the most?

Andrew: The gratitude that we receive from farmers is unreal. Some of the lorry drivers who deliver the loads are almost moved to tears by the thanks they receive. In July 2013, the NFU took me around to visit the Cumbrian farms that had received help during the March snow. I was treated like royalty! The families had changed into their best clothes and had tea laid out on the tables. One of the farmer’s daughters came up to me, put her hand on my arm and said, ‘Can I just thank you for the help that you and others have given to my family? My dad was really struggling emotionally and Forage Aids help has been a lifeline to us’. It was the most humbling moment and I had to go outside to compose myself.

Kate: What makes Forage Aid such a key charity for the farming community to support?

Andrew: The biggest thing is the changing weather patterns and variable harvests which will make the work we do more valuable year on year.

Agriculture is going through a tough time at the minute. The industry is being targeted by climate change activists who don’t realise that agriculture is not the cause of global warming, but it is the solution. Pressure from vegan campaigners adds to the mental stress. It can be hard to be seen as the bad guys all the time.

Kate: We just did a podcast with Farmer Tom, and he said that he uses a no-till system to lock away carbon on his farm. He then sells this negative carbon output to businesses to help them offset their emissions. What do you think about that?

Andrew:  Yes, I think that working to lock away carbon and selling those credits could be the way forward to fight climate change and secure some farms’ futures. I worry though as I feel the government is quite happy to import all our food and we all know that a lot of foreign food is produced to much lower environmental and welfare standards than our own.

Kate: Andrew, you’re really active on Twitter as the famous @wheat_daddy. Do you think that’s helped you with getting Forage Aid’s message out there?

Andrew: Absolutely! I would say that being active on social media has helped a lot. Social media also helps farmers to connect and support each other, especially during difficult times. There’s always good and bad sides to social media but you should try and be kind to others when messaging.

We are lucky to have lots of support. As well as the farming community, we have support from Farmers Weekly, Farmers Guardian, local and national news channels.

Kate: What can farmers do to support Forage Aid?

Andrew: They can set up an account on our website even if it’s just to express an interest to donate forage or straw in the future. If the time comes and they don’t have enough to spare, they don’t have to put their own livestock at risk. We know that the feed situation is tight and it will be tight again. Click here to go to the Forage Aid website and register your interest.

We also have financial support from the public and from other organisations. Click here to go to the Forage Aid Just Giving page and donate.

We are always looking for hauliers to help and support. They can express an interest via our website or email us directly.

Lodi UK is proud to be working with Forage Aid for our Phobi Smoke charity giveaway. You might remember that before Christmas, Lodi worked with the Addington Fund. We’re always keen to give back to the farming community who have supported us for so long.

Share a photo of you on your farm and tag @LodiUK and @Spaldingsltd to be in with a chance of winning a professional farm weather monitoring & forecasting system, a 12-month subscription to Arable Farmer Magazine and a Lodi UK beer gift set. 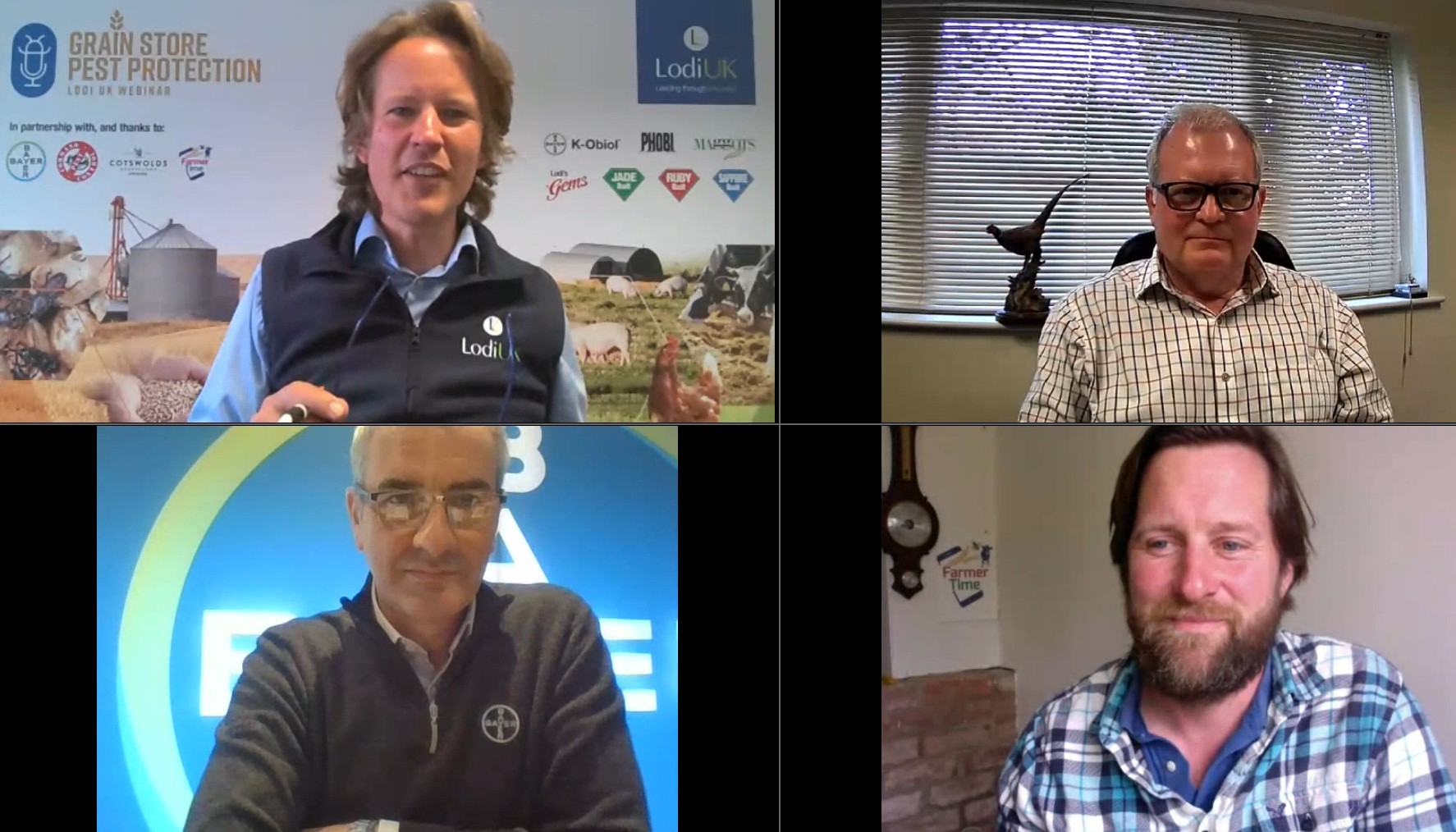