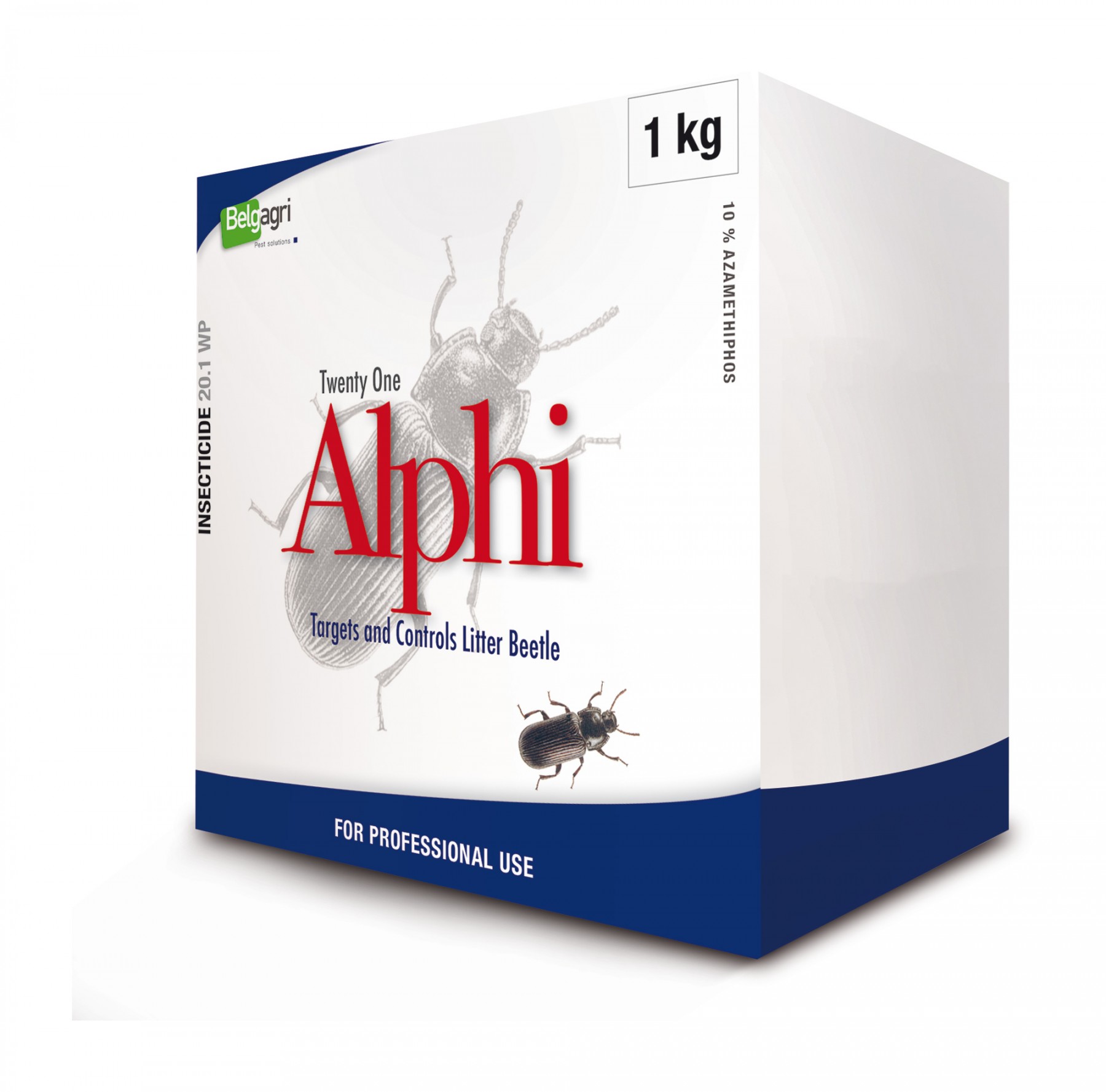 Twenty One Alphi is a highly effective adulticide for treating Litter Beetle in Livestock and Poultry housing. Litter beetle can be very destructive and have been known to undermine the structure of some poultry units. They are also a known vector of disease. In broiler units the key issues of litter beetle appears at turnaround of chickens. As soon as the shed is emptied and food is removed in preparation for cleaning the beetles will migrate to cracks and crevices in the walls.

Once the disinfection and clean is done and chickens and feed are reintroduced the beetles will migrate back into the shed with all the disease that may have been prevalent before the deep clean. See image showing how Alphi should be applied before and after the deep clean around the base of the walls to control beetles in their migration to and from the walls.